The Next Generation of Wooden Roller Coasters 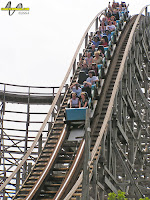 The Next Generation of Wooden Roller Coasters – Part I
Not Your Father’s Wooden Roller Coasters
From my early riding experiences at Kings Dominion on wooden staples like the old-school racing coaster Rebel Yell, I would use two words to describe wooden roller coasters. Rough and boring. Of course some woodies were more enjoyable than others, but I think overall I didn’t appreciate wooden coasters. And who could blame me? Compared to their steel counterparts that were breaking world records for height and speed and throwing riders into awe-inspiring loops and inversions, wooden coasters seemed about as run of the mill as can be.

I’d heard about legends like the popular woodies out in Ohio like the Beast and Mean Streak. Also, Texas Giant, Megafobia in England, and the preeminent woodie, The Cyclone at Astroland, But these seemed like exceptions to the rule. The wooden coasters in my neck of the woods, the Mid Atlantic area of the Eastern U.S. were nothing to write home about. So, my status as a steelie fan was solidified early on in my coaster enthusiastness.

However, this all changed a few years ago. Both Great Coasters International, Gravity Group, and even steel stalwarts Intamin are changing the game by delivering wooden coasters that I would never describe as boring or even all that rough. My new found respect for wooden coasters both new and some old all began with Boulder Dash in 2005.

Boulder Dash – A Fast & Furious Ride on a Mountain 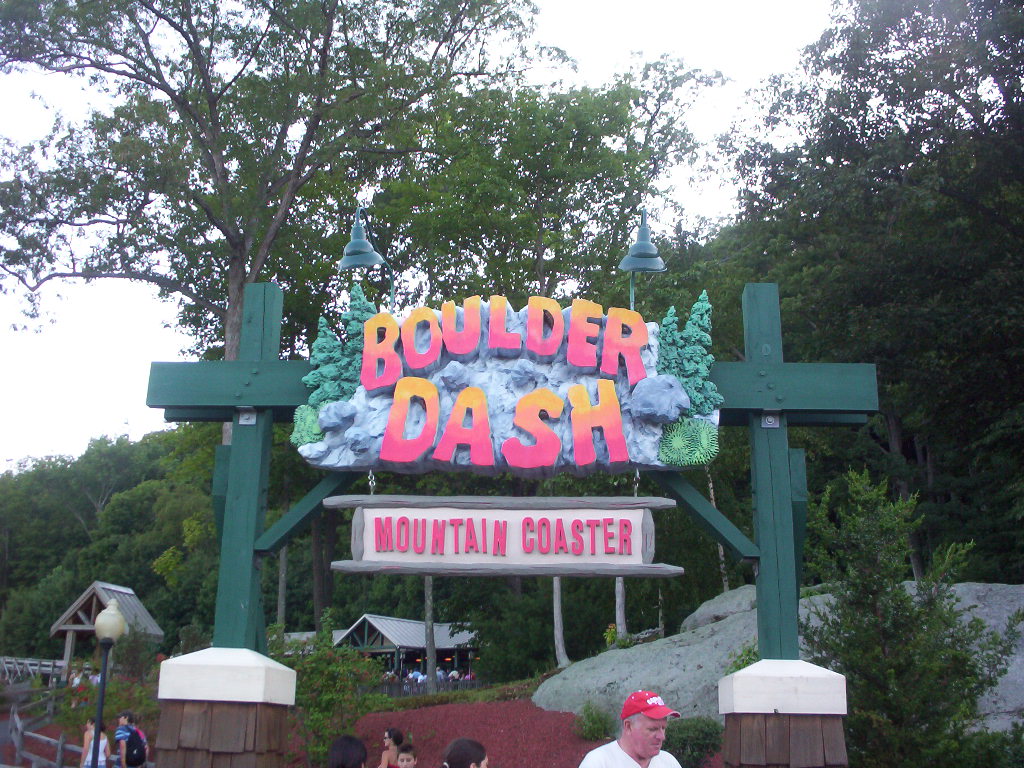 Boulder Dash is a terrain coaster located on the side of a mountain behind Lake Compounce. The large Custom Coasters International woodie likely helped to put the small Connecticut park on the map. After an unforgettable climb through the dense forest on the mountainside, the train takes a swooping dive to the right and the rest is an intense ride packed with lots of speed and several moments of airtime. Boulder Dash’s unique setting brought me to the park and thankfully its ride was as impressive as its location.

Dollywood received critical acclaim for their GCI designed Thunderhead. The coaster promised a beautifully twisted layout and it more than delivered. Aside from the ride’s twists and turns, Thunderhead features a one-of-a-kind station fly-through. About midway through its course Thunderhead sends riders tearing through an upper area of the station. I enjoyed the fly-through, but was really most impressed by the coaster’s buttery smooth ride. Using GCI’s millennium flyer trains that were lightly themed and more open than PTC’s, the ride was surprisingly smooth. The smoothness encouraged re-rides, something unusual for most woodies.

The Voyage – An Intense Marathon of Thrills
Holiday World’s The Voyage is a wonder to behold. It sports a traditional out-and-back layout, but riders encounter so many insane elements that The Voyage is far from traditional. This monster features eight underground traverses, two 90-degree banked turns, and a total ride time of 2 minutes and 45 seconds. An un

assuming 154′ drop generates the speed needed to push the standard PTC trains to warp speed for nearly the entire ride. Thanks to the Gravity Group’s genius design The Voyage is still storming its way down the track all the way up to the final brakes.

The highlight on the journey is the ‘triple down in the dark’. Leaving the mid-course brake run, the train enters yet another tunnel and then the bottom literally drops out from under you in pitch black darkness. The Voyage is far from boring, but a little rough. It’s definitely a wooden coaster that’s redefined its genre and has taken the Golden Ticket Award from the former winner, Thunderhead.

In Part 2 of Next Generation Woodies, I’ll cover Intamin’s revolutionary, pre-fabricated El Toro, Ravine Flyer 2, and the god of the underworld Hades. We’ll also take a look into the future with wooden coasters set to open in 2009.

What’s your favorite wooden roller coaster? Are you a fan of older woodies or today’s woodies? Leave a comment below. Images courtesy of CoasterImage.