Hurricane Ike’s Storm Surge Floods Kemah Boardwalk
Obviously the safety of the people of Texas and their homes comes to mind first when you see the devastation on that Hurricane Ike left on the Texas coastline. Hurricane Ike also destroyed countless businesses. The Kemah Boardwalk is located on the Galveston Bay between Galveston and Houston. Kemah was hit with a devastating 17 foot storm surge. There are some pictures of the damaged amusement park on a message board on ThemeParkReview: 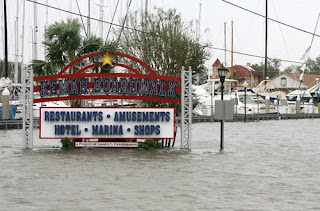 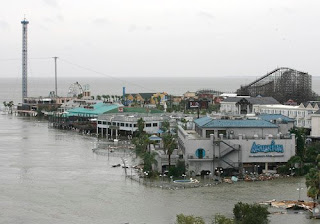 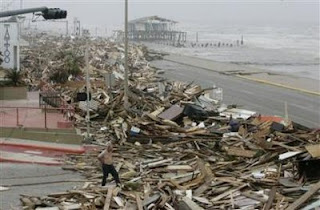 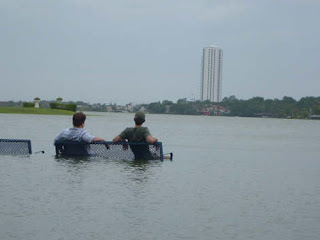 In 2007, the park opened a wooden coaster from the acclaimed Gravity Group in 2007, called the Boardwalk Bullet. Reviews of the roller coaster were mixed, but Kemah Boardwalk is the only amusement park in Houston area, so the Bullet is a pretty important ride. A video from Houston’s KHOU includes an interview with the park’s general manager. In the interview the GM seems hopeful and certain that the park will be rebuilt soon. Enthusiasts on TPR hope that when they do rebuild, the park can correct the issues that have been affecting the Boardwalk Bullet’s ride. My thoughts and prayers go out to all of the families affected by Ike.

To help the victims of Hurricane Ike donate at RedCross.org.
Check out the message board thread at ThemeParkReview for more photos.